malta.realigro.com is the first worldwide real estate search engine where you can look up listings of homes for rent in Malta

Property for rent in Malta

Are you looking for properties for rent in Malta?

In recent years Malta has experienced a real building boom as the demands for new housing units for both sale and rent have grown exponentially.

This growth has led to an increase in rent especially in the northern regions where foreign workers look for properties for rent especially near the northern port and the northern regions where the major shopping centres are located and there are cities rich in entertainment that also host a large percentage of offices. The best places to look for a property for rent in Malta are: Birkirkara, Gzira, Qal Qormi; ramrun; Msida; Pembroke; San annwann; Santa Venera; St Julian's; Swieqi; Ta 'Xbiex; Tal -Piety; Tas - Sliema, but also Ħal Għargħur, Mellieħa, Mġarr, Mosta, Naxxar, St Paul's Bay.

In Malta, if you want a property for rent, you should know that there are two types of contract:  "long term let" or more simply LONG LET and short term rentals, or more simply: SHORT LET

In tourist areas like Sliema and St Julian's, prices of properties for rent tend to be higher than average. In St. Julians the property for rent has on average higher prices, to reach figures that are not very accessible in the area of ​​Portomaso, especially in its beautiful marina, considered one of the coolest areas in Malta.

Among the cities where to look for a property for rent in Malta there is Gzira, a town in the middle east of the island. It borders the cities of Sliema and Msida, it is full of shops, has a beautiful view of the sea, of the city of Valletta andof  the bay of Manoel Island.

Another interesting city for properties for rent in Malta is Msida which borders Gzira, Ta’Xbiex, San Gwann, Birkirkara, Santa Venera, Pietà and Hamrun. It was born as a fishing village, in fact, "Msid"  means "fisherman's house" and today there is one of the largest yacht ports on the island. In Msida there is also the University of Malta, in the Tal-Qroqq district, on the border with Gzira and San Gwann, and there is also the largest hospital in Malta: the Mater Dei Hospital.

If you are interested in finding properties for rent in bustling and lively cities Birkirkara will surely do for you.

It is the most populated Maltese city and one of the oldest, lively and dynamic.

St. Paul's Bay, Bugibba, Qawra and Xemxija are four places on the northern coast of Malta that are particularly loved by English tourists, but also by young students from all over the world attracted by the possibility of studying English during their holiday without having to give up the sea and entertainment.

Birzebbuga is the southernmost city of Malta and there is  the famous "Malta Freeport", the 3rd largest international port in the Mediterranean, an important crossroads for European, African and Middle Eastern trade routes. Here the properties for rent have an average price so it is not to be discarded as an opportunity

More news on the real estate market
Other 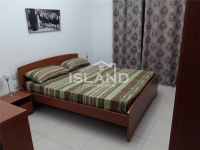 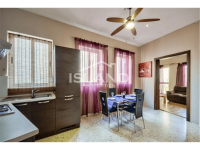 978.75USD
For rent
2 Bedrooms
75 m²
This apartment is located in the hub of the town; with a variety of amenities just a stone’s throw away. Just 5 minutes away from the apartment you wi...
Add to favourites Details
REALIGRO FREE ADVERT
Cod. 30844 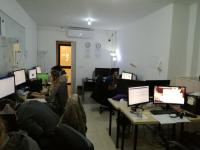 978.75USD
For rent
Office
100 m²
A centrally located office property close to the sea is available for rent in Saint Julians. This is a ground and first-floor office. It has one bath...
Add to favourites Details
REALIGRO FREE ADVERT
Cod. 29993 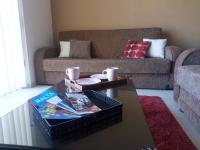 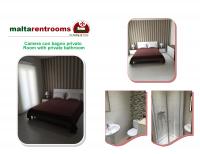 380.63USD
For rent
Villa
280 m²
The villa consists of a main lounge and dining room, and a kitchen equipped with dishwasher, oven, hob, fridge / freezer. There are a master bedroom w...
Add to favourites Details
REALIGRO FREE ADVERT
Cod. 28121

1,740.00USD
For rent
3 Bedrooms
135 m²
At Island Properties, we endeavour to offer a tailored service where the potential client is tended to from beginning to end. After closing the deal, ...
Add to favourites Details
REALIGRO FREE ADVERT
Cod. 28120

924.38USD
For rent
2 Bedrooms
90 m²
At Island Properties, we endeavour to offer a tailored service where the potential client is tended to from beginning to end. After closing the deal, ...
Add to favourites Details
REALIGRO FREE ADVERT
Cod. 27963

» Show more
Why choose Realigro?
There are many reasons for choosing Realigro. We summarized them in this beautiful infographic
Free
and Premium Services Check out how easy it is to sell or find your home with our Free and Premium services
Professional Services Discover how to increase your business opportunities
Collaboration between Property portals Do you have a property portal with a nationwide focus? Publish your database on Realigro.
Property for sale
Property for rent
Vacation rental homes
» Other
2005-2020 REALIGRO REAL ESTATE LTD. All Rights Reserved - VAT Nr: 893969932
Neikos Digital Agency
BB